Bye Google+, we barely noticed you

News broke overnight that Google is finally closing the long-running joke called Google+ (or “Plus” for short). Billed as an alternative to Facebook, this was yet another attempt by the search and services giant to tap into social media. And like all their previous social services (Orkut, Buzz), it failed spectacularly.

Having been a Google+ user since day 2 of the Beta period, I have learned several useful lessons.

1. Do not build a business (or personal brand) on Google services

The first few weeks of Google+ were genuinely exciting as people piled into the network to try and make sense of the platform. In true LinkedIn style, marketers began branding themselves as Google+ experts – and no one knew enough to challenge their BS.

Hell, even I managed to attract an audience of over 10,000 people.

But the excitement died as soon as people realised there was nothing new on offer. Why leave Facebook for Facebook?

Over the years, a few people have built large communities to become Google+ famous. But the hundreds (thousands?) of hours they have poured into the platform will be wasted once the service closes next August. These people are virtually invisible on any non-Google platform so they’ll have to start from scratch next year. 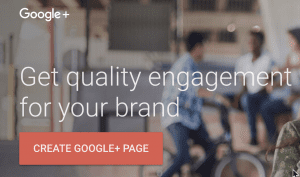 It’s not just individuals who have been burned through reliance on Google platforms either. Just ask travel search websites like Kayak and Skyscanner whose services were badly damaged after Google closed the QPX API on which they completely relied on. Both sites have had to significantly re-engineer because Google pulled the plug.

Google has a long history of pulling products and services – often with no visible reason – so using their tools and platforms is a strategic risk.

2. A large social audience does not guarantee sales

Despite having 10,000+ followers, I have had just one sales query from Google+. One query in eight years. Mileage may vary for others though, because there are some successful copywriters hawking their services there. But there’s no evidence that their investment of time and effort has paid off.

Very true. If you’re into Android and Google. Otherwise…

Obviously there are communities to suit most tastes, but the site is very heavily biased towards a few high-profile Google/Android fans. Content is biased in that direction as a result. Ironically, if you’re not selling Google, you’re not selling (see observation 1 above).

Without any commissioning editors or agencies looking for technical copywriting services on Google+ it was like shouting into the void. The same is true of selling on any social network or online service though. A large audience will always perform worse sales-wise than the right audience.

The Plus platform went wrong as soon as no one could figure out what it was for. Simply proclaiming “we’re not Facebook” was a pretty crappy strategy in 2010 – and probably no better now. People arrived on the platform, looked at the heavily biased content and left again.

Google themselves were no better. Had Plus built up a massive user base, it could have become another advertising powerhouse like Facebook. But that multi-billion subscriber list never appeared.

Later Google decided they might be able to enhance their creepy data collection using insights generated from Plus. But for whatever reason, this also failed miserably. Possibly because Google+ is populated by people obsessed with free goods making for rubbish customers that no one wants to market to.

As it became apparent Google had completely lost interest in Plus, even hardcore veterans started to desert the sinking ship.

When I started my freelance copywriter journey, I used to offer technical consultancy services on the side. I wanted multiple income streams just in case the writing gig fell through. So I advertised them all on my website. But this made it unclear exactly what I was offering and damaged my personal brand in the process. Cutting the extra crap off my website reaped instant rewards – customers could see exactly what I was offering – and sales of copywriting services soared.

Closing Google+ is a PR manoeuvre

Closing Plus looks like a basic failure to understand social networking – and that is exactly what Google wants you to believe. But why would they take a hit on their reputation? 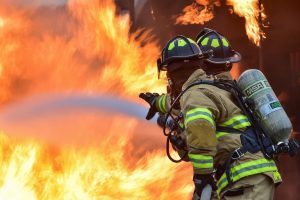 The closure of Plus has nothing at all to do with the failure of the social network. The real reason can be found in Google’s new Project Strobe initiative which is supposed to identify security failings in their many products and services. Project Strobe researchers discovered a software bug that could have exposed private data belonging to 500,000 Google+ users.

Apparently Google has known about this potential security breach for several months, but chose to do nothing – including alerting affected users. In a high-risk PR gamble, they have taken the decision to shutter Plus rather than fix the problem and face the consequences. Still smarting from their $2bn+ fine for anti-competitive behaviour in the EU smartphone market, it is little surprise that Google wants to deflect attention from a security breach that could attract a series of fines from various privacy regulators. Germany and Ireland are already investigating, and the US states of Connecticut and New York are also looking into the breach.

Perhaps most concerning was the internal memo from Google’s lawyers about how to manage disclosure of the breach. Senior Alphabet executives were warned that admitting the problem could have thrust Google “into the spotlight alongside or even instead of Facebook despite having stayed under the radar throughout the Cambridge Analytica scandal.”

The same memo warns of “immediate regulatory interest” once the breach was announced.

Google is clearly hoping that the storm surrounding the closure of Plus will obscure their dodgy handling of the underlying data breach. And with a new product launch taking place later today, they seem to believe that the additional hype from new Pixel handsets will add another layer of obfuscation.

The Google+ legacy may not be what they expected

Will the Information Commissioner be so easily distracted? Who knows – but it will be interesting to see how this PR gamble plays out.

As a niche product that was broadly ignored, the biggest marketing lesson from Google+ may yet come at its death. I for one will be watching closely to see if sleight of hand PR tactics still work – and what the eventual fallout from this colossal waste of time will be.