Tech Write have a proven track record of creating and distributing effective press releases for organisations of many different types, from software houses to poultry schools to churches. If you would like to find out more about our press release writing services, please contact us.

Italian iOS app developer Fabrizio Bartolomucci has today released the second version of his popular comprehensive meditation aid, iPuja Pro which boasts a number of enhancements to take advantage of the iOS 5 upgrade scheduled for release by Apple later this week. The iPuja Pro app contains everything required for a successful personal meditation session using nothing but your iPhone.

According to the principles of Theravada Buddhism, iPuja Pro allows adherents to remember the times of the required meditation sessions. iPuja Pro contains everything 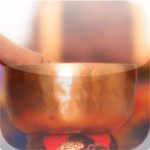 required to participate in the recommended morning and afternoon sittings, along with the ability to shift them to match a changing schedule.

iPuja Pro 2.0 allows the scheduling of meditation sessions and then uses the new iCloud system to synchronise Calendar appointments between Apple devices. Dates and times of sessions are then available on any device to produce a record of progress. Another recent enhancement is the implementation of timeout alerts using the all-new Notification system introduced in iOS 5. Improved graphics round off the new app.

It is now possible to play relaxing music from the onboard iTunes library to aid relaxation. Alternatively freely available speeches from a meditation teacher of your choice can be selected to help attain a higher level of consciousness, or other objective according to the Buddhist tradition being practiced. iPuja Pro allows for fully flexible meditation sittings using music, instruction or silence according to the student’s needs.

Said Lead Developer Fabrizio Bartolomucci, “iPuja Pro version 2.0 takes the very best of the original app and augments it with the newest features of iOS 5 to make a truly useful tool for followers of the Theravada school of meditation. Every aspect of the app has been designed to ensure users have the very best possible meditative experience by marrying cutting edge technology with age old mysticism. Whichever school of Buddhism you practice, iPujaPro is the perfect meditation aid.”

In addition to the new functions, iPuja Pro still contains all the elements which made the original version such a success. A relaxing Tibetan bowl chime calmly alerts the meditator to the start and finish of their sitting, replicating the ambience of a Buddhist temple. iPuja Pro can also be used in a totally silent environment, where the built in vibrating alert will advise meditators of the beginning and end of a sitting.

iPuja Pro 2.0 is compatible with all devices running iOS 4.3 and higher including iPod, iPhone and iPad.

Based in Rome, Italy, iPuja Pro is the brainchild of Dr Fabrizio Bartolomucci. Bartolomucci has been developing computer software since his youth, before graduating in 1988 with a degree in Computer Science from the University of Pisa. His apps have received a number of positive reviews from iOS specialist blogs including AppGiveAway, SlapStart and KillerStartups thanks to the friendly nature of his user community.

To read more about iPuja Pro including a number of product reviews, please visit the website at http://www.ipuja.net