Do you know which was the UK City of Culture in 2013? If not, there is no reason to feel bad because only 6% of the population could correctly identify Derry as the holder of this prestigious title. 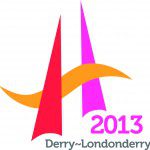 Derry is the City of Culture 2013. Not many people know that.

The idea behind the scheme is to encourage people to visit towns and cities they may have previously ignored by organising “cultural” events over a 12 month period. According to Derry hoteliers business is booming, but on the mainland the public remains relatively unaware of the events. Which is pretty poor considering Derry has had since 2010 to plan and publicise their year of cultural glory.

The Derry organising committee seems to have made two major mistakes in their marketing efforts, failing to publicise before the year of culture started and relying on low-key user-generated hype. The lack of high profile pre-event advertising is simply indefensible. The over-reliance on word-of-mouth referrals is an easy mistake to make thanks to the current hysteria surrounding social media as the advertising medium for today.

Social media undoubtedly plays a part in any modern advertising campaign, helping to create interest through consumers’ social networks. But it cannot be relied upon to carry an entire programme. If the Derry committee were serious about making as much mileage as possible from the UK City of Culture moniker, they should have been pushing across a range of mediums to raise general interest levels. The lack of public awareness clearly indicates that people have not seen TV or print adverts, received a promotional email or even witnessed a Derry-related tweet.

People don’t know because they haven’t been told.

The next City of Culture event takes place in 2017, but the host city/town will be announced later this month. That leaves the winner three and a half years to get their message out and begin generating public interest. They would also do well to carefully consider the apparent marketing mistakes made by Derry.

What say you? Drop me a line or leave a comment below.