“Scroogled” – When assassination by copy fails

Some time ago I wrote a short series of articles about different copywriting techniques you could use to distinguish your business from the competition. One of those techniques I named “Assassination”, because the aim was to discredit your competitor through unfavourable copy (or by being downright nasty).

Apparently software giant Microsoft didn’t read that article before launching their new “Scroogled” campaign though. “Scroogled” is a multi-channel assault on search giant Google, criticising their approach to collecting and mining personal data. The Scroogled campaign has appeared in print, on TV, online and on billboards. Most surprisingly of all, Microsoft even saw fit to launch a range of Scroogled merchandise, available from their US website. 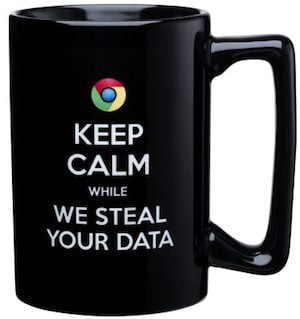 The aim of the campaign is two-fold:

Unfortunately for Microsoft it has failed on both fronts.

Scroogled has been widely ridiculed as a blatant attempt at assassination by a once-dominant player. Many pundits have written the entire campaign off as the actions of a company running scared in the face of stiff competition. Ultimately, the ill-will towards Microsoft stems from many years of unsatisfying use of their products.

Worse still, the level of Microsoft hate is inversely proportional to Google love. In attacking Google, Microsoft directly targeted a business that people love. Scroogled also shows an alarming lack of self-awareness. Instead of taking Microsoft’s claims seriously, people are criticising the campaign. Not only are readers ignoring the threat to their personal data, they are also choosing not to try Bing as an alternative to Google’s search engine.

What did they do wrong?

Instead of promoting the benefits of Bing and other Microsoft services, Scroogled instead attacks the opposition with little to offer (up front) by way of alternative to the consumer. The Scroogled campaign is supposed to pique the reader’s curiosity and encourage them to hunt out more information for themselves. The reality is that people read the headlines before putting their own spin on the story being told.

No up-front benefit equals no interest from the reader.

The other major failing of Scroogled is that the vast majority of Chrome/Google users simply do not care about the issue in hand. The offer of “free” software in return for unfettered access to personal information is just too compelling for the majority of web users. The campaign may highlight an important issue, but market sentiment research should have revealed a total disinterest from the public, and that any money spent marketing using that topic would be wasted.

If people don’t share your concerns, they won’t buy your products.

Microsoft also forgot that people really, really dislike their company. A quick “Bing” would have quickly revealed a world of hate for Windows 8, the Surface tablet and Steve Ballmer (along with just about everything else they do).

Naivety further reinforces the view that their brand is “out of touch”.

What should  they have done?

Assassination is a very, very tricky marketing technique to pull off. It almost never works for large companies, and it certainly won’t be a success for brands that are almost universally loathed.

Microsoft’s best bet would have been to emphasise the superiority of their own product first, then criticised their unnamed competitor in the subheader. Something like:

With Internet Explorer your data is yours
Is your current browser as trustworthy?

It’s not great, but it’s far less likely to upset or anger readers.

Ultimately Scroogled could have been a great campaign – just not for Microsoft.

2 comments to “Scroogled” – When assassination by copy fails